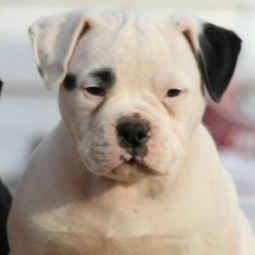 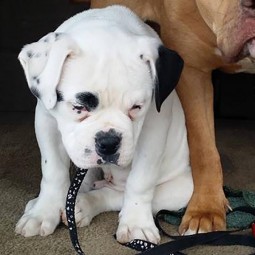 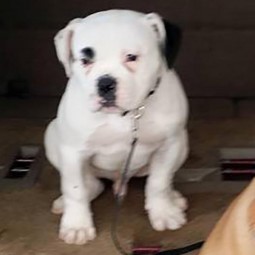 If you are looking for a solid black American Bulldog or a very heavy colored black American Bulldog there are other kennels out there that concentrate on producing that color. Our main goal at Bull Pull American Bulldogs is to produce well structured dogs with good temperaments no matter the color. We do lean towards a more athletic dog with a bullier type without being over done and un-functional. Take a look at our dogs and accomplishments to see what we strive for.

Color is the last thing you should look for when choosing to add an American Bulldog to your family. Temperament and health should be the first things you look for. But when it comes to colors our favorite color combination is a white dog with red patches but a white dog with black patches is probably a close second. Bull Pull Kennels has an up and comer named Macho Man that is an almost all white with a black ear patch. Pictures of him are at the top of this page. We will be updating information about him on our males page as he matures.